STEM Embraces the ARTS to Go

Full STEAM Ahead in the

Research and development in science and technology, a prominent branch of which is known as STEM (Science Technology Engineering and Mathematics), was one of America’s flagship strategies that allowed it to stay on top of a quickly burgeoning global competition in the 20th century. However, many trends in the 21st century are pointing at art and design as being the next field to explore and foster. This is why STEM is giving way to STEAM (Science Technology Engineering Art and Mathematics).

So far, the economy has been led by convergent thinkers, that is, people who get things done efficiently. Now, new arising challenges beckon new approaches. This requires creativity and thinking outside the box. This is why science, whose community is generally made up of convergent thinkers, who set goals and track the optimal route to achieving them, needs new blood – the divergent thinkers, namely, the artists. In short, artists broaden the scope of possibilities. It’s time the two work hand-in-hand in leading the economy forward. 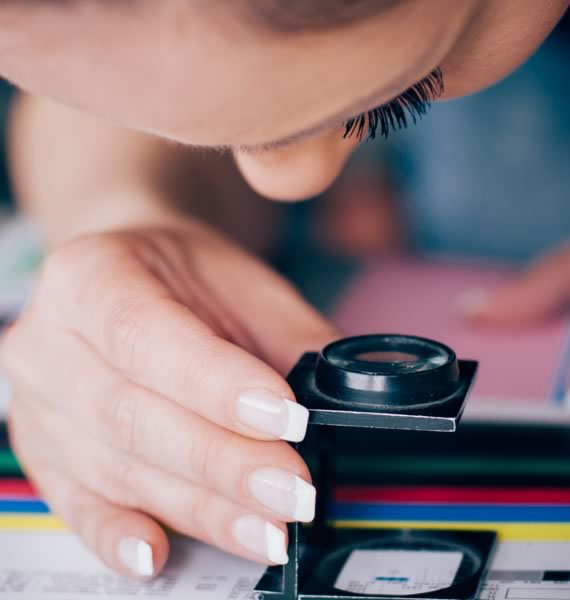 Past and Present STEAM Supporters

STEAM is a return to a Renaissance of sorts in that science and art work together to explore truth and beauty. Perhaps, the most famous forefather of this approach to inquiry and execution was Leonardo Da Vinci, who termed art as the queen of all sciences and that took upon itself the role to communicate knowledge to the generations of the world.

Fast forward to nowadays and there is little doubt technology has progressed by leaps and bounds. At the same time, artists and designers are being called onto the scene to translate these complex scientific concepts into a language that’s comprehensible on a popular level, and what’s more, one that emotionally captivates them and leads people to want to find out more and take action.

While quite a far cry from Da Vinci, the well-known American TV show Sesame Street is putting into practice these exact same principles, and in so doing, giving children an early head start. Sesame Street have officially implemented arts into their already existing STEM topics. This was an easy transition for the program since, as Dr. Rosemarie Truglio, SVP of Education at Sesame Workshop in New York has it, the program always relied on music, visual, and performing arts in their educational methods.

There have been many more persons of interest – contemporary and historical – who’ve talked favorably about the benefits of promoting an art-based education, and its benefits that channel into different areas including science.

Just a few of the figures who’ve etched their name in history include Carl Jung and Friedrich Nietzsche.  Jung went as far as designing one of his mythological archetypes to be at the same time a builder, inventor, and dreamer. Meanwhile, there are many instances that shed light on Nietzsche’s affection for the pedagogical impact of arts. In one case in his work Human, All Too Human, he says:

“The artistic education of the eye from childhood on through drawing and painting, and the sketching of landscapes, people, events, brings with it in later life the invaluable attendant benefit of rendering the eye sharp, tranquil, and persevering in the observation of men and situations […]”

Bouncing back to our times, figures such as Mae Jameson, the first African American woman in space, delivered a TED Talk in 2002, during which she stated that; “[arts and sciences are] manifestations of the same thing. [They] are avatars of human creativity.”

Getting a little more technical, prominent psychologist and Emeritus professor at Harvard University, Dr. Jerome Kagan stated that arts lend themselves adequately to sharpening learning skills because they help you use and train three major mental tools for the acquisition and processing of knowledge – motor skills, perceptual representation, and language. He added that by using schematic and procedural knowledge, arts help amplify understanding of self and the world.

Staying on a similar note, scientists from seven different universities carried out cognitive research at DANA Arts and Cognition Consortium in 2008.  Results show a link between practicing arts and math, with other positive effects on fluency in reading, memory retention, attention span and intensity, as well as other aspects of cognition.

Also, an interesting tidbit of trivia shows that there’s a good deal of scientists-artists who’ve won of Nobel Prizes.

Get A degree in Graphic Design and Animation

How STEAM Gets Sciences and Arts on Board the Same Boat

One of the primary focuses of STEAM is to find a point of convergence between sciences and arts in terms of how they carry out observation, research, experimentation, critical analysis, discovery, and expression.

Getting things done in a hands-on sense and making new things is equally relevant to the scientist in the lab as it is to the artist in the studio. A day in the field for either combines creativity with critical thinking and both process the information they work with through iteration and experimentation. So, it’s no simple happy coincidence that both types of specialists are forming interdisciplinary alliances to share with and learn from each other.

While somewhat of a generalization, as we’ve already pointed out, science strives to reach answers and results through convergence. On the other hand, art sharpens its own tools of inquiry by always looking for questions that are more relevant to the situation at hand. This makes art more of a divergent approach. And this is exactly why both have so much to offer each other by collaborating.

STEAM’s Fruit in the Real World

Since most of the times, consumers only get to see the end-product of many successful companies, this may lead one to believe that the practical role of artists and designers is simply to wrap the product up in a pretty package. This is only a skin-deep answer. What the same artists and designers must do is to contribute to enriching questions being asked right from the conceptual stage.

Artists will habitually engage with problems as if engaging with enigmas or puzzles. To reach optimal decisions, they need to ask the right questions about providing a designable solution for user experience. For example, we are seeing more how major tech giants such as Facebook, Apple, Google, Amazon, etc. are designing entire digital ecosystems that define contemporary culture.

Then, there are new technologies such as 3-D printers, scanners, and displays capable of creating holograms or multidimensional images. It’s easy to see how arts and sciences are collaborating to put technology out there that is instantly accessible to the public.

Also, newer generations that are born already being exposed to animation, film, graphic design, and newer technologies in photography perceive the world in a different way to previous generations. Just look at how the video game industry has become so prevalent in people’s lives. Proof to this is that now, the video game development industry has a bigger overall revenue than the Hollywood film industry. Also, select video games are being developed and tweaked to be implemented in educational programs as teaching tools.

In a physical sense, we don’t have to look too far from what’s already familiar to understand how art and science partner up to provide solutions that have a strong societal and environmental impact. One perfect example of this is architecture, whose designs effect paradigm shifts in the way we experience urban spaces.

Get a Degree in Game Development

We use cookies on our website to give you the most relevant experience by remembering your preferences and repeat visits. By clicking “Accept”, you consent to the use of ALL the cookies.
Cookie settingsACCEPT
Manage consent

This website uses cookies to improve your experience while you navigate through the website. Out of these, the cookies that are categorized as necessary are stored on your browser as they are essential for the working of basic functionalities of the website. We also use third-party cookies that help us analyze and understand how you use this website. These cookies will be stored in your browser only with your consent. You also have the option to opt-out of these cookies. But opting out of some of these cookies may affect your browsing experience.
Necessary Always Enabled

Performance cookies are used to understand and analyze the key performance indexes of the website which helps in delivering a better user experience for the visitors.

Analytical cookies are used to understand how visitors interact with the website. These cookies help provide information on metrics the number of visitors, bounce rate, traffic source, etc.

Advertisement cookies are used to provide visitors with relevant ads and marketing campaigns. These cookies track visitors across websites and collect information to provide customized ads.

Other uncategorized cookies are those that are being analyzed and have not been classified into a category as yet.