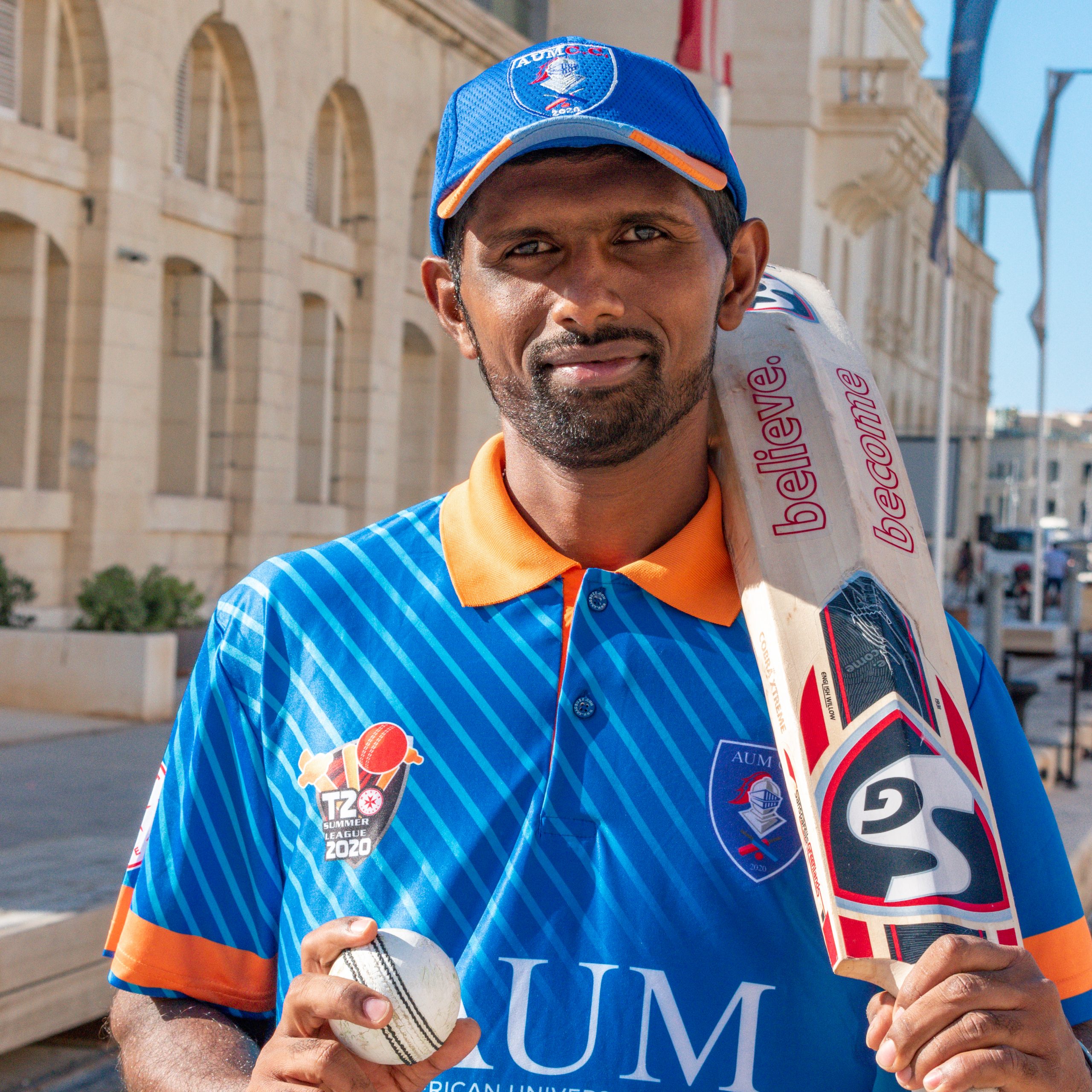 Jitesh (Jit) is student of AUM since 2018, pursuing his MSC in Engineering Management. Our captain and club representative is bowling all-rounder, bowling left-arm seam bowl, and left-handed batsman. He was also an official Umpire from MCA in the 2020 summer league. 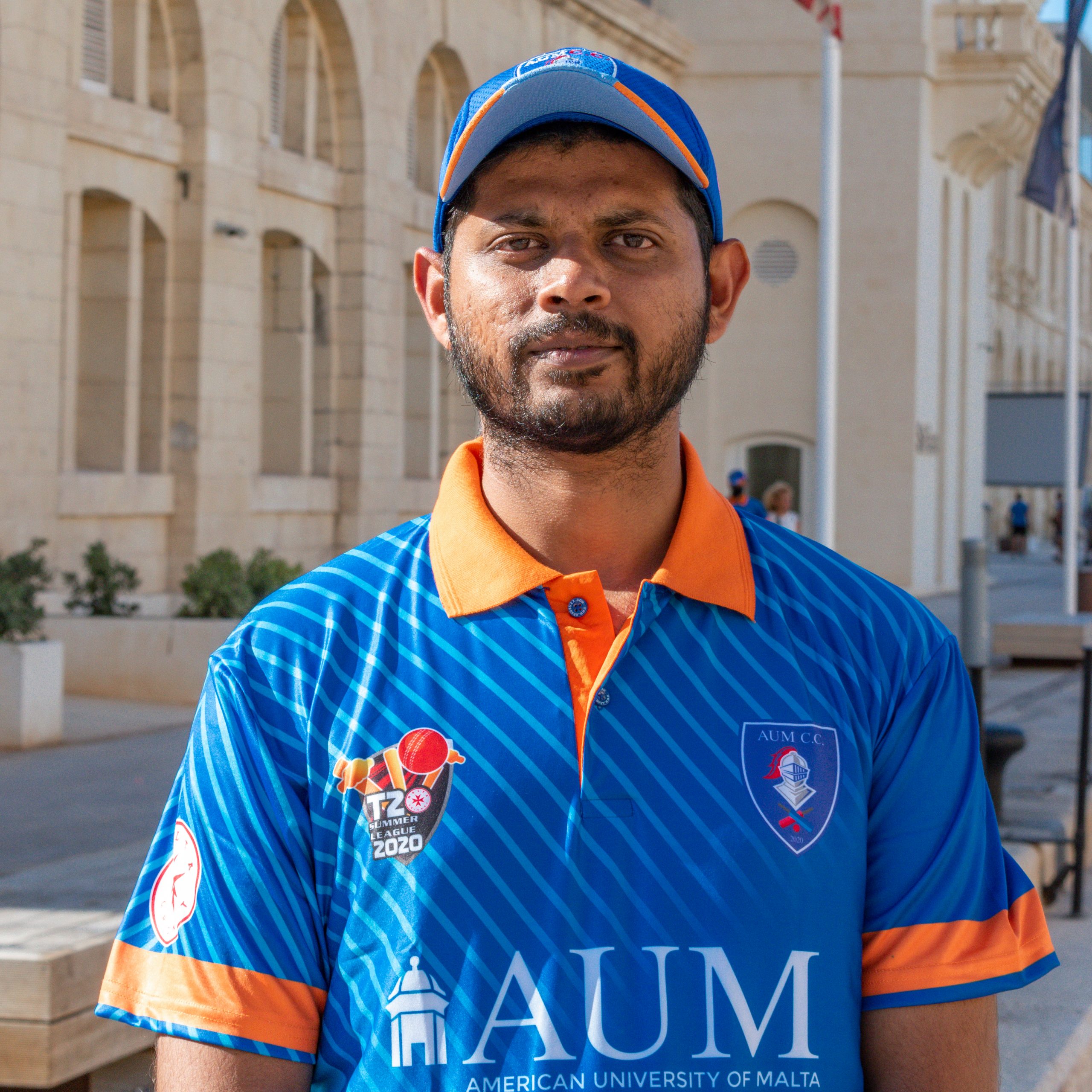 Zoheb is MBA student of AUM in his final year and has been in Malta since 2018. Our club treasurer is bowling all-rounder, bowling right arm off-spin and right-handed batsman. During the 2020 summer league, with his magic spin bowling he was almost unplayable and was second most successive bowler for our club. And when team needs quick runs in death overs, he is the one who will be there with his powerful flick shots. 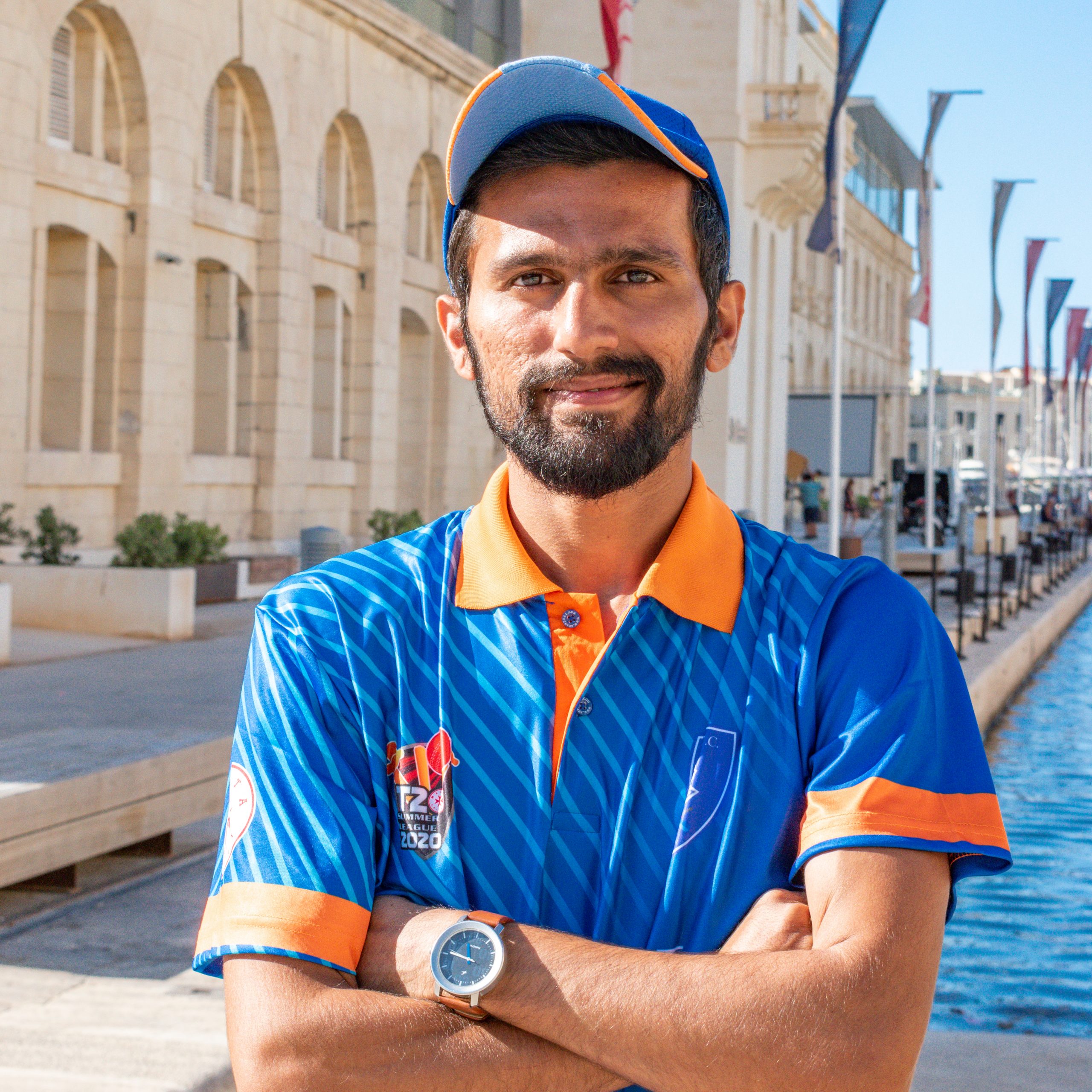 Since, coming to Malta in 2019, Abhishek is been MBA student. Our 25years old, right-handed Batting all-rounder, is one of most consistent players for club both with his willow and bowling in death overs. His first summer league became his dream debut in Maltese cricket, ended up on top of MVP list in 2020 summer league during league games, becoming one of the most valuable players for club. 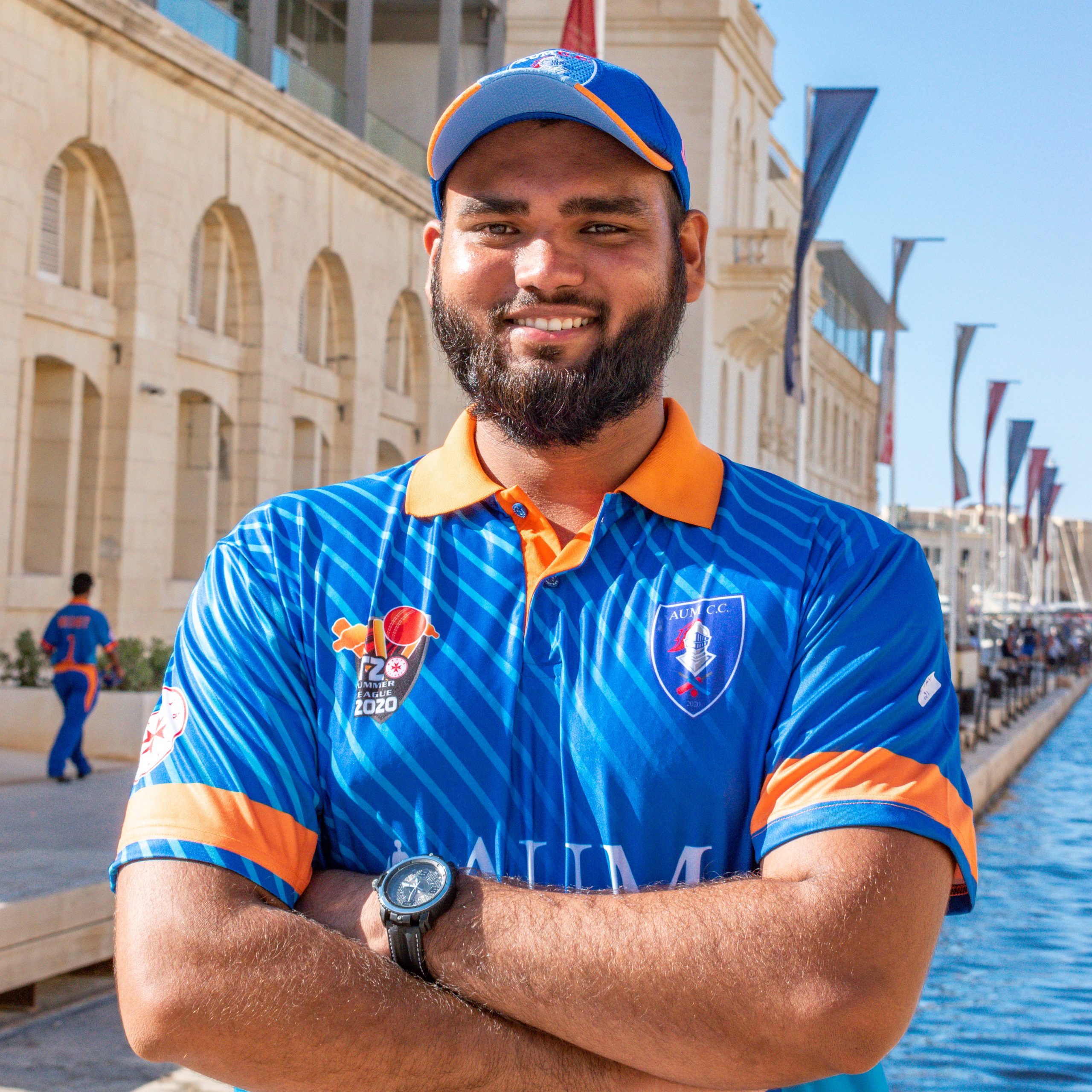 Darshit is pursuing his Master of Business Administration since 2019 in AUM. Our young wicket keeper batsman is valuable middle order batsman with his excellent footwork and beautiful techniques. On or off the field he is always there to motivate bowlers behind stumps and keeping team moral high during game both with his witty jokes and banters. 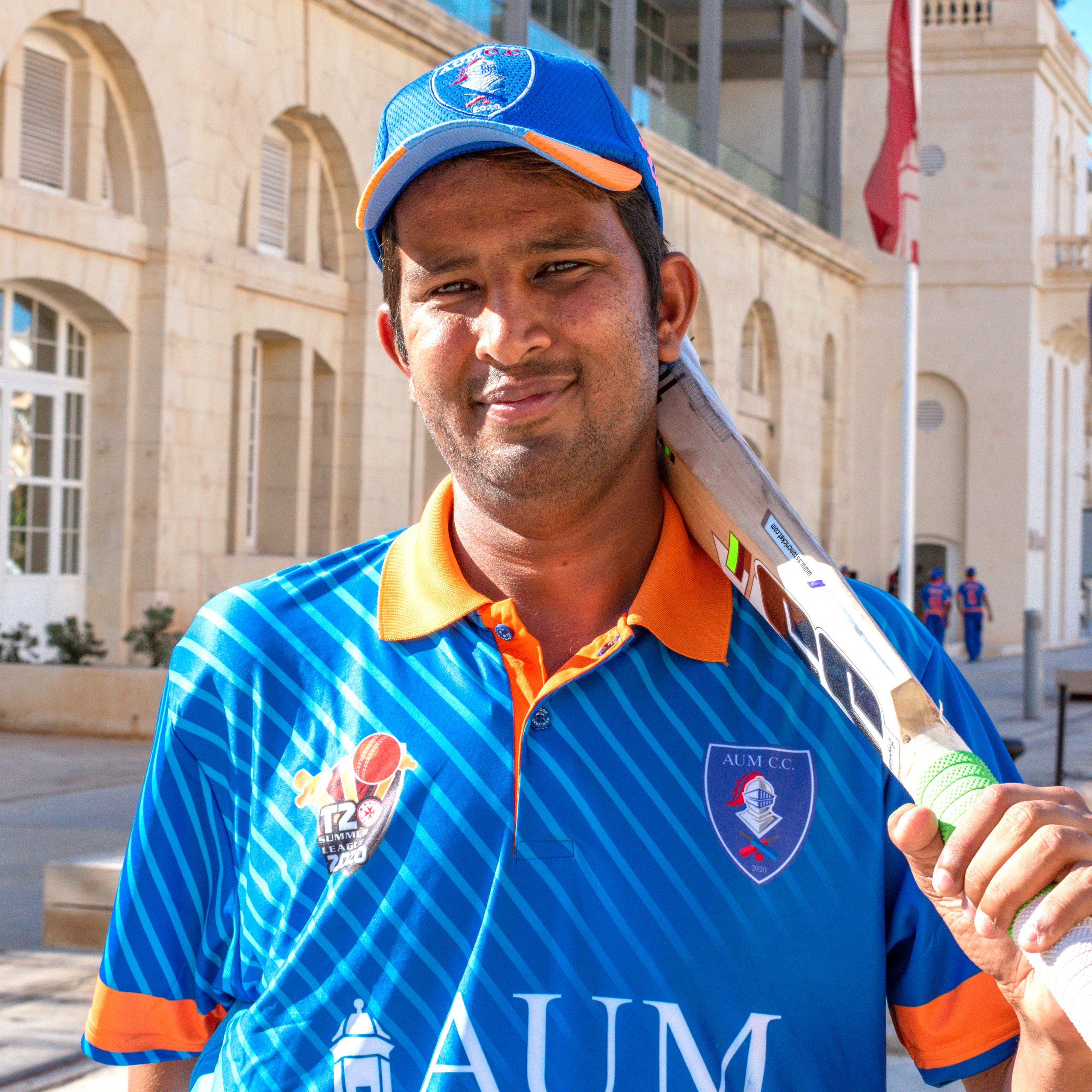 AUM’s opening batsman and one of most senior team members is also doing his MBA in university since 2019. He is right-handed batsman and part timer bowler who can be very handy when team needs to finish some quick overs in middle of inning. But with his beautiful cover drive and front foot punch through gaps is always amazing to watch. 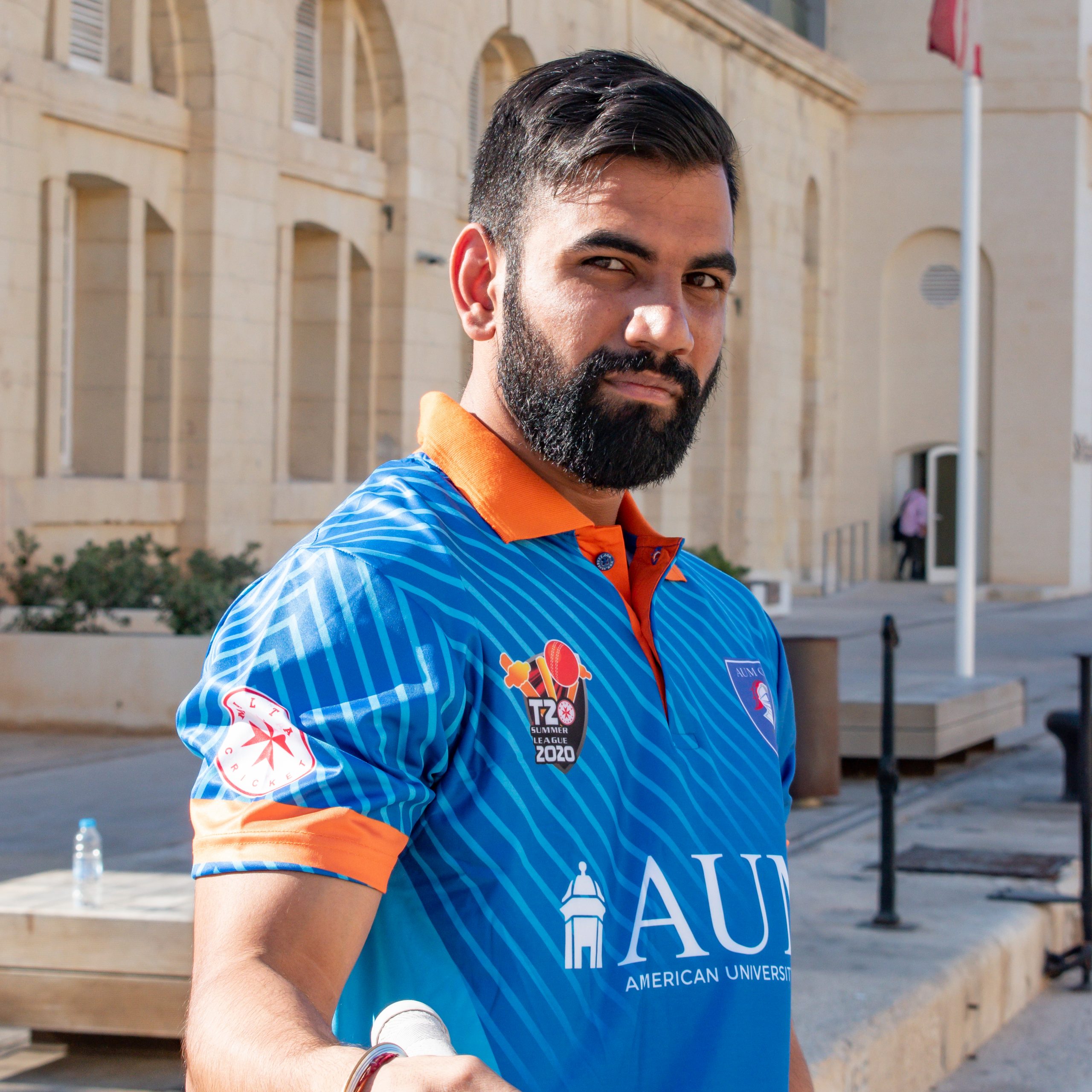 Saneesh A.K.A. Jerry is our top order right-handed batsman, who is pursuing his Bachelor of Science in Business and Finance since 2019. Jerry is our most destructive top order batsman and played some very important inning in 2020 summer league. With his immerse power of hitting ball he can be dangerous for any team and always give that start what team needs at beginning of inning. 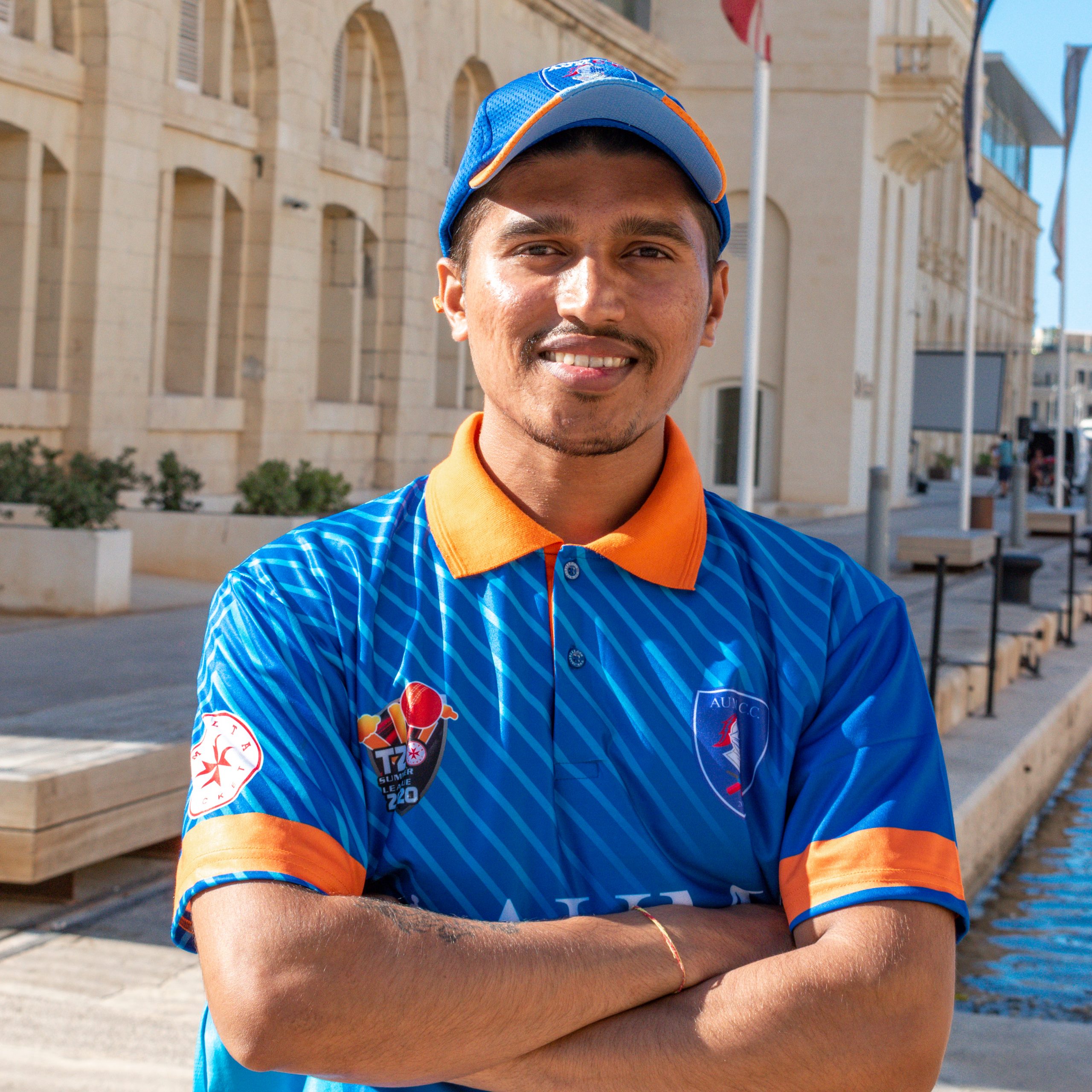 Our 2020, wild card entry in summer league, Prithvi become one of most valuable top order batsmen. Playing some competitive level in home country, Prithvi, moved in Malta 2019 as he enrolled in one of most fascinating programs in recent time (Game Development) running by AUM. Our right-handed batsman and off spin bowler is very handy when team needs to be rescue from some early damage.

We use cookies on our website to give you the most relevant experience by remembering your preferences and repeat visits. By clicking “Accept”, you consent to the use of ALL the cookies.
Cookie settingsACCEPT
Manage consent

This website uses cookies to improve your experience while you navigate through the website. Out of these, the cookies that are categorized as necessary are stored on your browser as they are essential for the working of basic functionalities of the website. We also use third-party cookies that help us analyze and understand how you use this website. These cookies will be stored in your browser only with your consent. You also have the option to opt-out of these cookies. But opting out of some of these cookies may affect your browsing experience.
Necessary Always Enabled

Performance cookies are used to understand and analyze the key performance indexes of the website which helps in delivering a better user experience for the visitors.

Analytical cookies are used to understand how visitors interact with the website. These cookies help provide information on metrics the number of visitors, bounce rate, traffic source, etc.

Advertisement cookies are used to provide visitors with relevant ads and marketing campaigns. These cookies track visitors across websites and collect information to provide customized ads.

Other uncategorized cookies are those that are being analyzed and have not been classified into a category as yet.